Hello. Excuse the dust. I've been doing stuff.
First things first- I think some time ago I promised those of you who cared some background info on my Doctor Who Companion Chronicle, The Revenants once it was no longer a free download and the chances of spoilers had reduced.

It started with the brief to do something with Ian Chesterton missing his family and home, so from that came the idea of putting him just near enough home in time that he could feasibly end his adventures early and return to his old life. The idea of missing families suggested setting the story just after Susan left the Doctor too. This had the advantage of getting William Russell out of playing two womens' roles in the play.
A daft Brighton Rock and Hancock's Half Hour shaped late 50s/early 60s idea came next, and left sharpish. I've been intrigued for years by Piers Britton's notion of 60s Dr Who as a clash of Modernism and Edwardian styles and thought a story where Brighton Mods were science fictional might work but it was too silly to sustain. Anyway, The Space Museum is already 60s Who's definitive Teddy Boys versus Mods in Space story.

David, the producer, suggested going down a Quatermass line instead and the new storyline became essentially two thirds of my later Counter-Measures story, The Pelage Project. The major differences were a completely different climax, a hinted at origin story for the villain Temple which is only homeopathically in the finished play and a large section at a school. Exploring the utilitarian, indoctrinating schooling of Pelage was a natural fit for Ian, and could be done without child actors in the Companion Chronicles format.
Child actors are tricky- their working hours are limited and the really good ones are in constant demand. Write a child part for audio and you can easily end up in trouble- you may get an adult impersonator or a child who's not up to carrying the weight of story you've given them.
Anyway, after that plot went to Counter-Measures I had to come up with a new one for Ian. I had the idea of doing something playing with folklore and magic influenced by the writer Alan Garner and a book by Mollie Hunter that had scared and enthralled me as a child, The Haunted Mountain. The Haunted Mountain's story is set in Scotland and it set me thinking about using Scottish legends, which in turn reminded me of an amazing holiday around the archaeological sites of Orkney and Shetland. 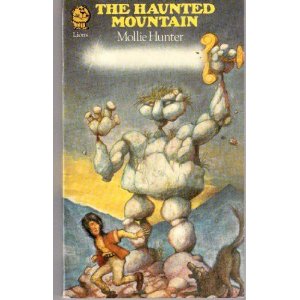 They're beautiful, mysterious islands and you can easily get in touch with that part of you that's scared of weird stuff in the night up there. There's also a real sense of time layered on itself too. Time as a space or a landscape, not a straight line. Sounds a bit bonkers but there you are.
I decided to do a story that suggested Time on Orkney was a mess (and it was probably at least partly the Doctor's fault) with fairies and ogres and so forth creaking at the edges of it. The twist was they'd all be revealed to be different people's visions of the other tribes they interacted with in prehistory- slight, non-Iron working, tribes became fairies warily trading with lumpen thuggish incomers, ogres. The idea was we share traditions of both 'species' because we're descended from both tribes and our traditions have intermingled. On Orkney the word 'Trow' covers magical beasties of both descriptions, fay and brutish.
There's a lovely, atmospheric Radio Scotland programme called When Standing Stones Come Down To Drink about Orkney and Shetland traditions which captures a lot of the atmosphere I was after http://www.bbc.co.uk/programmes/b00wnlct. I hope it's repeated some day, it's well worth a listen.

Anyway, that idea was a touch nebulous, involved and undramatic, and, as David pointed out, was likely to be vetoed by the BBC for including fairies. Fairies basically exist and are as you saw them in Torchwood in the Doctor Who universe. Anything else is going to be a hard sell. David suggested doing something a bit like Joe Dante's Gremlins instead. That was when I decided to invent the Marsh Wains. They're Marsh Children really (I spelled the Scottish word "wean" the less common "wain" to try and disguise that). They're based on the real preserved bog bodies you find all over Northern Europe, but mine are much gloopier and creepier, with the whole still being alive and being entirely made of peat thing. 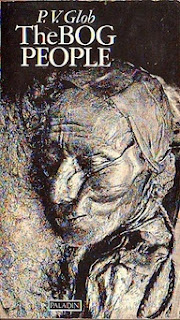 They're also looking for family, or a replacement for it, just like Ian and the Doctor. The core story is (and I realised this in horror, only when I came to finish it) pretty much that Steven Moffat tells in The Empty Child/The Doctor Dances. It is also a "broken spring" story. No real villain just a technological mistake that needs resolving.
The never-ending magical battle of the dead on Hoy comes from Snorri Sturluson’s Prose Edda. http://en.wikipedia.org/wiki/Hedin_and_H%C3%B6gni We're lucky that Barbara has read this. She is the world's greatest history teacher.
At one point I was going to have the Marsh Wains at the old naval base on Hoy. There's all sorts of exciting tunnels and oil and things there but it was too fussy for a story that's essentially an hour long two-hander. Janet's cottage was much more contained.
Janet's cottage is based on a croft interior from the Stromness museum and Janet herself is based on Janet Forsyth, a historical Spae Wife http://www.orkneyjar.com/folklore/witchcraft/stormwitch.htm. If the plot had carried on being about fractured time she almost certainly would have been her, and her miraculous rescue from Marwick's Hole would have been down to the Doctor's intervention. The Orkneyjar site above is terrific for lots of  Orcadian lore, actually. It's a really great resource. Go here after and then book a holiday.

The Wissfornjarl, sadly, does not exist. Similar figures do but him I invented, the name is just the Norse words for wise old chief. Similarly, the barrow the TARDIS is discovered in has not been found on Hoy yet. There are several broch mounds there and there could well be more, but we've not found them in quite the area I put Janet's home. Ideally, I wanted the TARDIS to be inside The Dwarfie Stane http://en.wikipedia.org/wiki/Dwarfie_Stane but annoyingly the Neolithic engineers didn't get the proportions quite right for stuffing police boxes in.

The, as yet undiscovered, barrow is much more like Maeshowe http://www.maeshowe.co.uk/maeshowe/runes.html. This does raise a question though. The barrow would be likely to have been closed up about 5000 years ago (though there's evidence these days they were popped in and out of for generations), did the Doctor go back that far?
He might have done. He might be the sole reason Time is messed up on Orkney. He might be the sole originator of the myth of the Wissfornjarl. He might have lived the 5000 years between him and Ian and Barbara a day at a time or tried a speedier, technological approach to get back to them. On the other hand he may just have spent a few years or decades on Hoy. I deliberately left the options open for the listener.

One of the things I like in folkloric stories are the gaps for your imagination, and this is purposely one of those. All we know is that, while he waited, the Doctor read a selection of books he seems to know well in later years that it seems unlikely he did when we first met him! I think that book the second Doctor has with the sea weed creature listed in it is one of them.
Barbara's place in the modern day is a similar gap in the story. I think she's now dead and seeing her equivalent is part of what brought Ian back to Orkney. You don't have to think she's dead though, and I don't want you to either. If she is I'm certainly not going to be the one to tell you.

Second things, second- I've been writing some more for Big Finish in recent months. Another thing for Ian and another set slightly later in the first Doctor's era which I've done the first draft of but which has much more work awaiting (the secondary characters aren't quite there yet).

Third things, third- I'll be writing a marginally Who related but in no way Who story for Obverse books at the start of next year, but right now I'm going to write something with no series name above the title for a change and see how that goes.
Posted by IZP at 15:33 No comments: