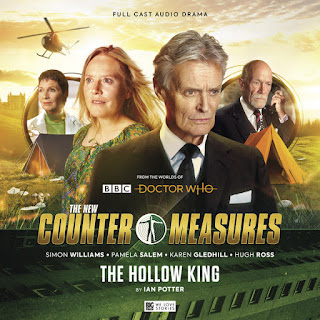 There’s now a trailer, cover, blurb and cast list up for The New Counter-Measures: The Hollow King an audio drama I wrote due for release from Big Finish Productions in January 2019.
It’s an Earthbound 1970s science fiction adventure featuring characters spun off from a 1980s Doctor Who serial, though no knowledge of that is expected or required. It stars Karen Gledhill, Hugh Ross, Pamela Salem and Simon Williams as a team investigating the strange and unusual and this is the third play I’ve written for them (you can find the first two here and here).

We often talk about The New Counter-Measures as being an audio in the style of the globe-trotting ITC film adventure series of the late 60s and early 1970s though, to tell the truth, I’ve imagined this one slightly differently. I thought it’d be fun to think of it as an episode of the 1970s TV series Thriller, which is set in a slightly skew-whiff England as an American tourist might imagine it or a UK TV company might present it when trying to make something you could sell to America and show at home.
A lot is still on film (though mostly mute), but whenever you go into the village pub or the local lord’s country estate where all the dialogue breaks out you’re definitely on video in a studio set…
Anyway, that is sort of the world of this play. Don’t worry we’ve not sound designed it to feel like a video and film mix, there’s no out of place US guest star and people do talk outside. It's just there’s slightly more chance of sparring dialogue over large tumblers of whisky than you’d get in The Champions.
It’s rural England with top 1970s concerns laced through, UFOs, the counter-culture, quaint folk tradition and scary analogue synthesisers.

Major influences include Sutton Hoo, an episode of Project U.F.O. I adored in 1979, the gloriously eccentric musician and writer, Desmond Leslie, a rather lovely festival of ideas I was invited to in 2016 and the sub-genre of 70s British film and TV we’ve come to call Folk Horror.
I hope I’ve managed to serve both our cast’s beautiful way with dialogue (they can all land a gag superbly) and audio’s power to disturb.

This play was originally planned for the second series of The New Counter-Measures released last year but around the start of March of 2017 the writers working on scripts were told one of our stories would be bumped to make way for a late addition to the box set. We later found out this would be a story featuring the Doctor Who adversary, The Great Intelligence. Big Finish's executives had just negotiated permission to use it and dropping it into The New Counter-Measures set would allow Big Finish to mark the 40th anniversary of its first TV appearance.

Once our first drafts were in it was decided my play (it's the closest in tone of the four initially planned to an Intelligence story), should be the one held back for recording in series 3. I thought that’d be that for a while until I got an email on holiday in the July of 2017 asking if I could do a second draft to get my play ready for recording with the others after all. So, over a couple of days swapping notes with script editor John Dorney, that’s what I did.
I think, reading between the lines, getting my play studio ready was just to give flexibility in case anything dropped out late in the day. No one wants to hire actors for a week and not fill all their time!

Unfortunately, the sales of the second New Counter-Measures box last year weren’t quite strong enough to automatically greenlight a third, so unusually my play’s ended up being released on its own. I’m delighted it has because if it hadn't been squeezed into that recording week it could very easily not have seen the light of day at all.

If you’re clever, and I suspect you are, you might spot a couple of elements in the play that we’d intended to pay off down the line in further stories. It’d be wonderful if one day that can still happen.
Fingers crossed. I’d love to think that there could be more adventures if this accidental one-off sells well enough to make them viable.
Posted by IZP at 21:24 No comments:

Things you may have missed...

Since I was last here (previous post excepted) a few things have happened, often despite me, but I've also managed to do a bit of work in between them.

Matthew J Elliott and I have written and recorded a few more riffs for Rifftrax- Hangar 18, Planet Outlaws and Snowbeast (and as I mentioned in the last entry we've more ready to go). I think we've hit quite a nice vein now and I'm very excited about the upcoming riffs which I think include some of the funniest work. Do not feel you have to pop in here and tell me if you later disagree.

I also wrote a book. A whole book on a single four episode Doctor Who story. Seriously, it's longer than the script and the novelisation. The Black Archive 16: Carnival of Monsters comes from those excellent people at Obverse books and is full of analysis of the story and its themes, thoughts on empire, class, race, language, writer Robert Holmes' life and how it may have influenced his work, and important things you didn't even know you didn't know about the production, like the proper order it should have been shown in and how very, very different the first script was. 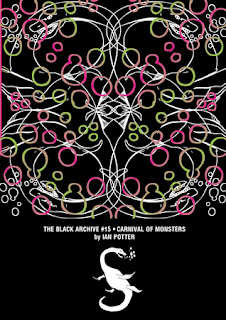 For Big Finish I wrote an episode of Survivors, the post-Apocalyptic story of people trying to be decent and thrive in a ruined world which I was quite pleased with. I tried to follow the 1970s series tone quite faithfully, and also had fun populating an insular village entirely with family names from a local 19th century census in pursuit of a genuine small town feeling. That was already written when I mothballed the blog, but hadn't been announced.
That was followed by my Doctor Who Short Trip The British Invasion which had been announced but wasn't scheduled at the time. That was a joy to write and research, all the history and geography is true and everything I say about the alien menace is defensible(!). It's also blessed with a rather beautiful reading from Wendy Padbury. After that came a further episode of the Doctor Who spin-off The New Counter-Measures which comes out next year after being recorded in July 2017, an episode of the revived 1980s Hard SF police series Star Cops, and a Doctor Who Early Adventure- An Ideal World. I'll probably talk more about all of those later. 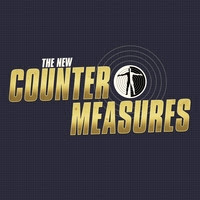 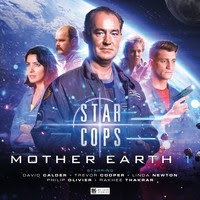 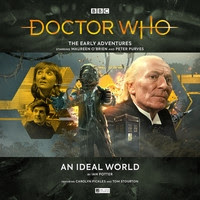 I've also audio edited and sound designed some projects for them again- three of their Short Trips Doctor Who stories, How to Win Planets and Influence People, Mel-evolent and the forthcoming The Devil's Footprints. 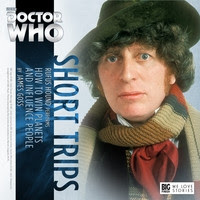 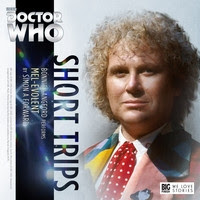 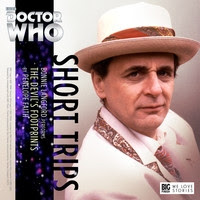 It probably looks more like the sum of an afternoon's work to you than 20 months but you can only take the work you're offered and only do it if you have the time!
Posted by IZP at 18:39 No comments:

I have decided to quietly resurrect this weblog.
The main reason is so some people I know who’ve have left Twitter and don’t do Facebook can still see I’m alive, charming, eminently employable and enviably modest.
This week’s fun fest should see me giving blood, recording some Rifftrax, working on a second edit of a sound design project and ideally getting some writing done.  I’ll probably tell you next week how that went.
Posted by IZP at 16:44 No comments: