I notice I've not been using this blog at all.
Sorry, Twitter seems to have absorbed a lot of my spare "writing things on the internet that hardly anyone looks at" time.

So, what's been happening?

Well, I've had a slightly rotten five months because my wife had a really nasty injury on holiday in January that's put life a bit on hold while she's been recuperating. She's had it worse, of course, she's had me nursing her. Luckily things seem to be getting on track now and there are jollier things in life happening. For example, there are things I've written to plug shamelessly.

So, since we were last here together, two Rifftrax Presents titles with Matthew J Elliott have been released, Scared to Death and Warning From Space. 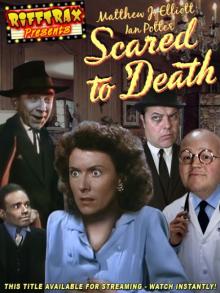 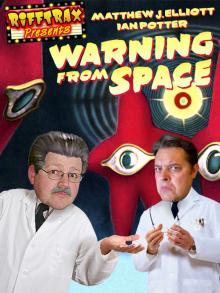 It seems to be quite an American phenomenon "riffing". Basically, it's talking over films in a manner that hopefully won't spoil the movie for anyone watching it, so you're trying to make jokes in the gaps, so viewers won't miss any plot. We seem to be the only British people doing it, which makes for an interesting balancing act, doing things that make us laugh while trying to keep a largely US audience happy.
I think we're getting better at it. We're working on a fourth title at the moment which I'm rather enjoying.

I've also written another Obverse Books Iris Wildthyme story, which will be out this Autumn. This one's for the hugely talented and ridiculously patient Paul Dale Smith, who trusted me to write a story based on a very vague and partially worked through pitch, and make sense of it as I went along. I think we got there.
That's for The Perennial Miss Wildthyme which sounds like it's going to be a fun collection. It's set in a strange Northern town called Samhain, where all sorts of unlikely beings and events jostle together under slate-grey skies. 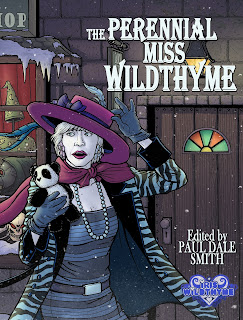 I think my story is going to be titled Self Possessed. It's called Doppler Shift on the pre-publicity material, largely because the starting point was doing a sort of homage to Alan Garner's Red Shift, but it's drifted off quite a way from that.

Finally, I've a couple of things happening with Big Finish Productions, as yet unannounced and have just had a Doctor Who play for them released. It's in a collection of Companion Chronicle plays set in the William Hartnell era of Doctor Who, with the other plays written by the brilliant Martin Day and Simon Guerrier. Martin is writing for Carole Ann Ford as Susan, Simon is writing for Peter Purves as Steven and I've done one for Maureen O'Brien as Vicki. Great talents to be working with. You can check out further details here. 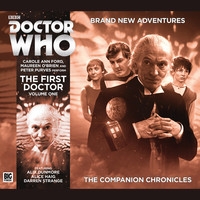 Because it's in a set with a shared sleeve, my story, The Unwinding World, doesn't have its own cover, so for those who fancy one, I think it should be something like this. 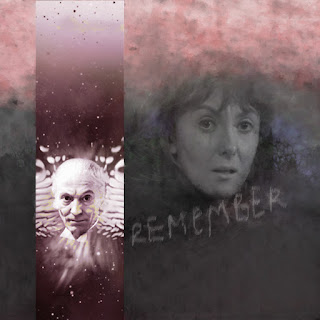 It's a bit rough and ready and missing all the lettering and so on, but there you are. I'm sure you can do better and I'd love to see your versions.